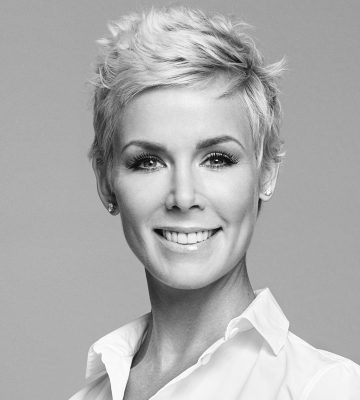 Gunhild A. Stordalen is the founder and president of the EAT Foundation. She is a driving force in linking climate, health and sustainability issues to transform the global food system.

Together with her husband Petter A. Stordalen, Gunhild established the Stordalen Foundation in 2011, which supports organizations working on health, development, animal welfare and environmental protection. She founded the EAT Initiative in 2013, hosting the first EAT Stockholm Food Forum in spring 2014 in partnership with the Stockholm Resilience Center (SRC). In 2016, the Wellcome Trust joined the SRC and the Stordalen Foundation in launching the independent EAT Foundation, effectively growing the initiative to a global multi-stakeholder movement for transforming the world’s food system.

Gunhild is also the founder and chair of the environmental organization GreeNudge and sits on several boards including Nordic Choice Hotel Group, Scaling Up Nutrition (SUN) Movement Lead Group, World Economic Forum´s Global Future Council (on the Future of Food Security and Agriculture), ECOHZ Renewable Energy Foundation, BT Group´s Committee for Sustainable and Responsible Business, the climate initiative DrawDown and the international advisory board of the SRC. She has served on the Norwegian Medical Association´s Council for Human Rights, Global Health and Climate Change, as well as Norway’s National Council for Sustainable Urban Development.

Gunhild is a published scientist and a renowned public speaker with a distinct, personal voice and a passionate commitment to her work. WWF Sweden named her Environmental Hero of the Year in 2014 and in 2016 she was recognized among the 150 most influential business communicators in Sweden. Gunhild is a Young Global Leader of the World Economic Forum and was one of 29 leaders selected by United Nations Secretary-General Ban Ki-moon in 2016 to provide inspiration and direction for the SUN Movement and its mission in eradicating malnutrition.

Gunhild is a medical doctor from the University of Oslo and holds a PhD in pathology/orthopedic surgery. She is a Norwegian citizen.

I am proud that the Food Forever chose EAT Stockholm Food Forum to launch this vital initiative to protect future crop diversity and food security. Crop diversity is at the heart of a sustainable food chain.