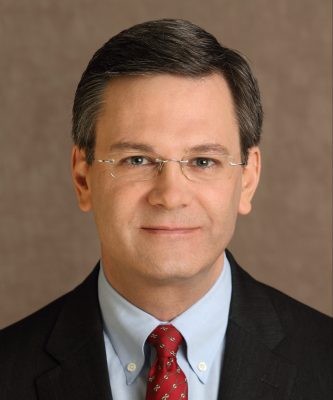 James C. Collins, Jr. is executive vice president with responsibility for the DuPont Agriculture segment: DuPont Pioneer and Crop Protection. After the completion of the proposed merger of equals between DuPont and Dow, Mr. Collins will become the chief operating officer for the DowDuPont agriculture business. The merger is expected to close by Aug. 31, 2017. He joined DuPont as an engineer in 1984 and began his career in DuPont Manufacturing. He held positions in engineering, supervision and business management at a variety of plant sites. In 1993, he joined the Agriculture Sales & Marketing Group as a sales representative and product manager. He then served in a variety of roles across the globe, supporting DuPont’s seed and crop protection businesses.

Mr. Collins studied at Christian Brothers College in Memphis, Tenn., and received his B.S. in Chemical Engineering. He also received his MBA from the University of Delaware in Marketing with a focus on International Business. He currently serves on the board of directors for CropLife International, Grocery Manufacturers Association, Christian Brothers University and the U.S. China Business Council. He previously served on the technical advisory committee for the National Renewable Energy Laboratory. A supporter of youth education and leadership, Mr. Collins serves on the executive board of the Chester County Council Boy Scouts of America and has received an honorary American FFA Degree for his efforts to promote Agriculture education with youth in the United States.

Addressing food and nutrition security may be the defining challenge of this century. Food Forever is playing a critical role as convener of institutions, organizations and private companies to promote the importance of food diversity for our food systems.