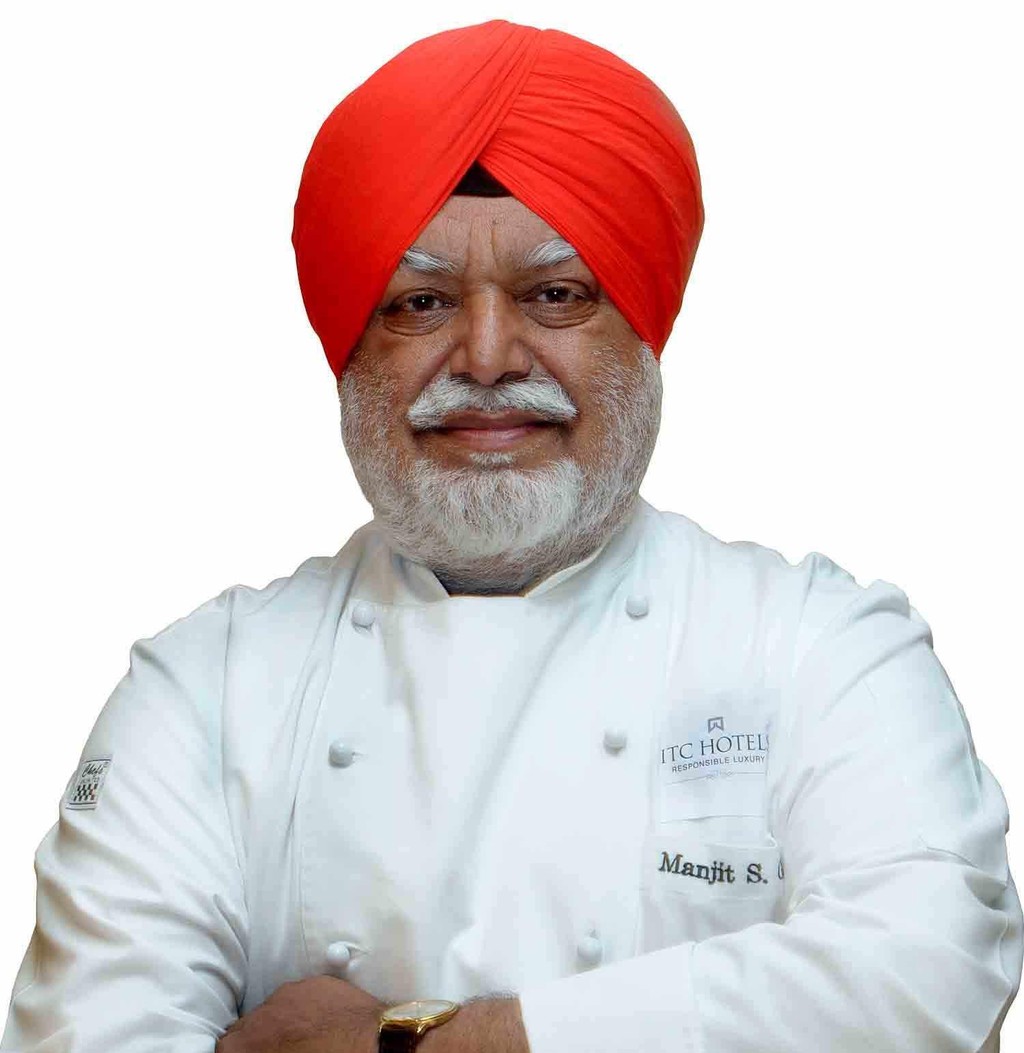 Indian Chef Manjit Gill is a highly acclaimed chef with over four decades of excellence in the culinary profession. With a mantra of “discovery & constant innovation”, Chef Manjit is held in the highest regard by the hospitality industry’s top gastronomic echelons. Chef Gill has been honoured innumerable times for his formidable work with restaurant brand creation, icons of Indian cuisine such as Bukhara, Dumpukht, Kebab & Kurry, Dakshin, Royal Vega – Honestly vegetarian.

Chef Manjit has been awarded the Lifetime Achievement Award from India’s Ministry of Tourism in January 2006; presented the “Punjabi Gold Award” for invaluable contribution to Punjabi community by the World Punjabi Organization in 2007; and received the prestigious Paryatan Ratan (Jewel of Tourism)  by Panjab University in March, 2016.

Chef Gill is passionate in researching and applying the learning of Ancient Indian Cuisine and a great believer in the sustainable food philosophy of Indian Vedic knowledge – Ayurveda and Slow food.

As a President of Indian Federation of Culinary Associations, Chef Manjit has India’s membership of World Association of Chef’s Societies – WorldChefs; currently serving as chairman of the WorldChefs’ Culinary Culture and Heritage Committee. Under his leadership “Chef & Child” was started in 1995 and spread all over India.

In Manjit’s own words, “ In many respects my philosophy on food and my life are same – both should be an experience of happiness, serenity and joyful living. These principles have developed from a broad range of professional experiences as well as from contact with people of diverse cultures and lifestyles. This truly reflects Chef Manjit’s perspective of food and life. “My kitchen is a mystical place, my temple. It is where the learning of the past transfer into the future.”